Iqra Aziz and Yasir Hussain have been talk of the town for quite some time now. Their rumored relationship just got confirmed when Yasir proposed Iqra publicly at this year’s Lux Style Awards, stirring a whole new debate of whether or not it was OK. The lovebirds are again in news and this time for all the right reasons. 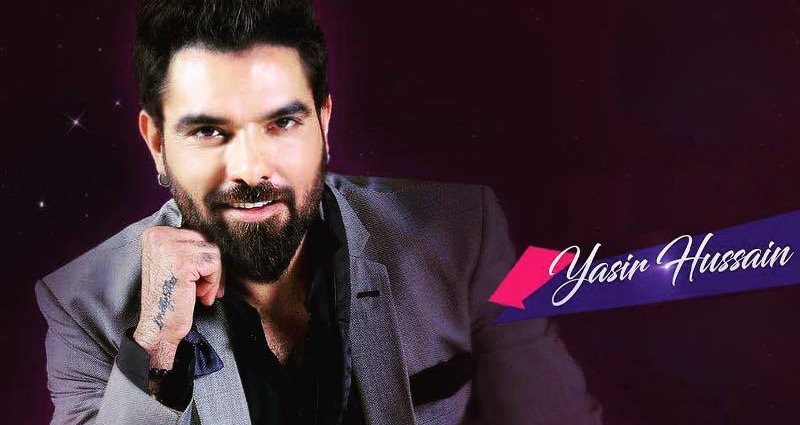 Yasir Hussain Signs His Next Film, ‘Half Fry’

Yasir Hussain is an actor who always manages to stay in news for his tongue in cheek witty statements that mire him in controversies. However lately, the actor has been in news for his upcoming

Previousely we updated you that Yasir Hussain has signed Abu Aleeha’s film “Half Fry”. Now the news has it that Iqra too has signed the very same project and will be seen in lead role opposite Yasir Hussain. This will mark “Suno Chanda” and “Ranjha Ranjha Kardi” famed Iqra Aziz’s debut in films and that too with her groom to be. The film also stars Faryal Mehmood, Faizan Khwaja, Iffat Omer and Saleem Mairaj in pivotal roles.

”Half Fry” is the third cinematic outing from Abu Aleeha having ”Kataksha” and ”Tevar” to his credit previously. Both of his films were low budgeted projects and yet how has Abu Aleeha managed to rope in an ensemble star cast for this project? Talking to Pakistani Cinema, the writer and director responded to the same question that has the the trade surprised. “I am a low budget filmmaker but I managed to have stars like Yasir and Iqra in my film. I guess that’s because I offered them with something that many of others couldn’t.. a good script.”

“Half Fry” is set to go on floors in mid-October.

Ghulam Qadir an Engineer by profession , is a content writer at Pakistani Cinema who aspires to see local cinema ascent to its full potential .
Escaping to the realm of words , films , music and travel is what he does to fight the routine. (Email : [email protected])