Ramadan has rolled in and slowly but surely the buzz is building for the two major Eid-ul-Fitr films. As far as promotions are concerned it seems that Wrong No. 2 is leading the pack with a popular trailer and two songs having been released so far that have been gaining traction in recent weeks. The latest from the film is the bluesy romantic ballad ‘Tere har rang mein’ which is crooned by Ali Tariq on composition and lyrics by Ahsan Ali Taj.

The relatively slow paced track’s mellifluous tune is sure to appeal to the romantic in you and transport you to a blissful, serene state with its hypnotic rhythmic guitar strumming and breezy, sonorous singing by Ali Tariq. With words such as ‘Tu hi har rang mein, tu hi jeevan mein, eik tu hi mera asraa’ the track is something you would want to save for a romantic outing with your significant other as the rather lovey-dovey songwriting hits the right notes when combined with the song’s light rock meets contemporary filmi music arrangement. 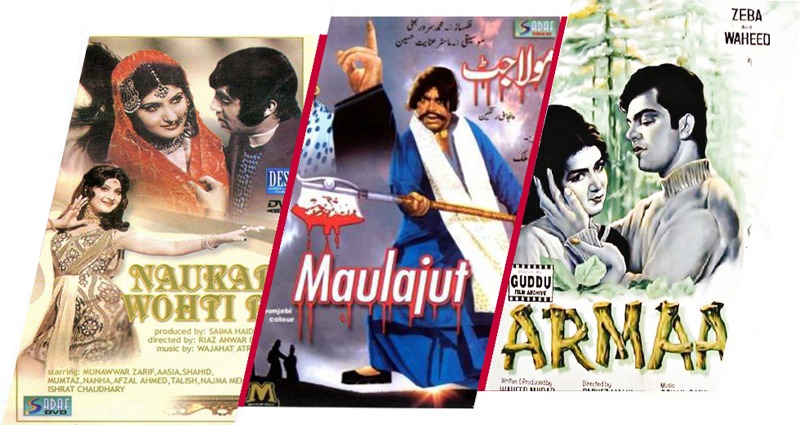 9 Most Iconic Films in the History Of Pakistani cinema

The history of Pakistani cinema is rich and vibrant with films that have tackled all sorts of subjects. And while there are very few films that people can quote from off the top of their

The song’s video features the film’s ensemble caste in a variety of rather intimate situations, with Yasir Nawaz and Sami Khan wooing their romantic counterparts in the film, played by Sana Fakhar and Neelam Munir respectively. The montage is shot against a variety of picturesque locations in interior Sindh and Karachi, and the artful photography captures some interesting frames featuring the film’s leads and some stunning locations such as the Sukkur bridge in the backdrop. On the whole, it complements the light romantic mood and feel of track rather well and makes the song even more appealing.

It seems after its promising trailer, ‘Tu hi har rang mein’ gives us another reason to look forward to this Yasir Nawaz directed project! The song is a potential earworm and is sure to stay in your mind for some time after you hear it.

“Wrong No. 2” releases in cinemas worldwide this Eid ul Fitr