Chhalawa is Wajahat Rauf’s third directorial venture and compared to his previous films, “Chhalawa” is a much better film product (on technical front). We can see that he has grown and learnt from past criticisms but one thing that he forgot to carry with him this time, is a strong film script.

“Chhalawa” revolves around Zoya, played by Mehwish Hayat, a free spirited girl yet grounded to family. Her Father wants her to marry her cousin but she wants to marry Azfar’s character, the typical filmy boyfriend who is so underdeveloped that after coming out of the movie theatre, you don’t even remember his name. Joining all the fun and madness are Zoya’s siblings, and her father.

Let’s first discuss the few and basic things that didn’t work for the film. What makes any film good or better is a good script which, like previous of Rauf films, was missing here again but this time it lacked more than ever. We understand that marketing heads want a peppy dance number here and there from the director, but if the scripting is good enough, the songs donot look as forced as in “Chhalawa”.

“Chhalawa”, more than being a love story is a family drama at its core. However, being presented to the audience as a love story, it disappoints a big time. The film fails to make us invested in the lead pair especially in Sameer, played by Azfar Rehman. Mehwish and Azfar did a reasonable job as actors but still failed to create a good chemistry (again courtesy zero character development), which we have previously seen in movies like “Punjab Nahi Jaungi” and “Load Wedding”. The other thing which looked off is the makers trying hard to force comedy in intense situations, a borrowed case from “Punjab Nahi Janugi” but the formula failed miserably here. 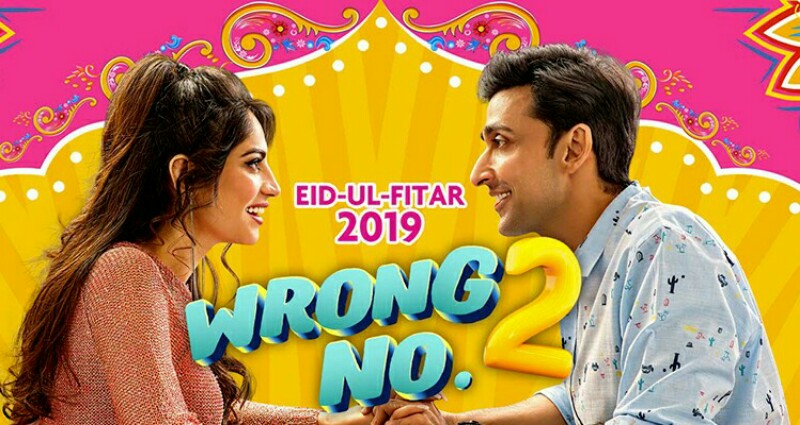 Review: ‘Wrong No. 2’ Dials the Right Digits More Often than Not

If you've seen Yasir Nawaz's previous films “Wrong No.”, and “Mehrunisa V Lub U”, then you know exactly what you're in for with “Wrong No. 2”. They're all unabashed entertainers. However, where Wrong No. 2

What works in the film are the secondary characters and their commendable acting performances, including veterans like Mehmood Aslam and Adnan Shah Tipu. Zara Noor Abbasi is an absolute show stealer and I believe her and Asad Saddiqui’s characters deserve a spinoff movie of their own. Another thing which will stay with the audience is the younger brother’s character played by Aashir Wajahat. His is probably the sanest character in the whole film, saying and doing the right things. It’s the moments between him and other characters which make us invested in the film and overall narrative.

Music by Shiraz Uppal is another aspect that makes the film bearable (or entertaining in parts). The title song and the dance number “Chiriya” are audio visual treats and will surely stay with you for quite some time.

The choreography by Wahab Shah is commendable and this probably is his finest work till date. The cinematography by Asrad Khan is just as good as all of his previous works.

Chhalawa is filled with plot holes and convenient discontinuities in the narrative but if you can put all that aside, the film might entertain you with its songs and few moments.