Kataksha (کٹاکشا), Director Abu Aleeha’s second feature is set to release on the 21st of June. The psychological horror film may be the first attempt at a commercially successful horror feature in Pakistan. We at Pakistani Cinema got in touch with the film’s star Saleem Meraj for an exclusive.

Mr. Meiraj has been riding the success of playing character roles in films like “Na Maloom Afraad 2”, and “Actor in Law” as well as playing fearsome villain in films like “Laal Kabootar”. His performance in the latter was especially singled out for praise, something which he still relishes. In fact he believes that the film is the best yet made in the new wave of Pakistani cinema.

“Our audiences are used to villains that arrive with their own parades and theme music so it was refreshing to do a role in Laal Kabootar which was not only subtle, but a bait and switch. My character seems very subdued when introduced, but turns menacing at the drop of a hat.”

However, the same menace would not be found in Kataksha. Mr. Meiraj says his character in Kataksha is completely different since the film is so different. Kataksha is set at the Katas Raj Temples near the town of Kallar Kahar. Part of the film has also been shot at Kallar Kahar lake; hence it explores some of the history surrounding these places.

“Kataksha is the lake near Katas Raj. And so the entire basis of the film is the history of this ancient Hindu Temple. There are a lot of mythological elements which were used to construct this story, something which Abu Aleeha did very well.”

Mr. Meraj was all praise for his writer-director. While Kataksha is only Abu Aleeha’s second film, and the first “Tevar” will be commercially released in Pakistan next month, Mr. Miraj said he felt he was in very capable hands. He particularly praised Mr. Aleeha’s writing which he described as fine and detailed.

He also had a blast working with Mubeen Gabol a.k.a Matkoo from the 4 Man Show as well as Kasim Khan. 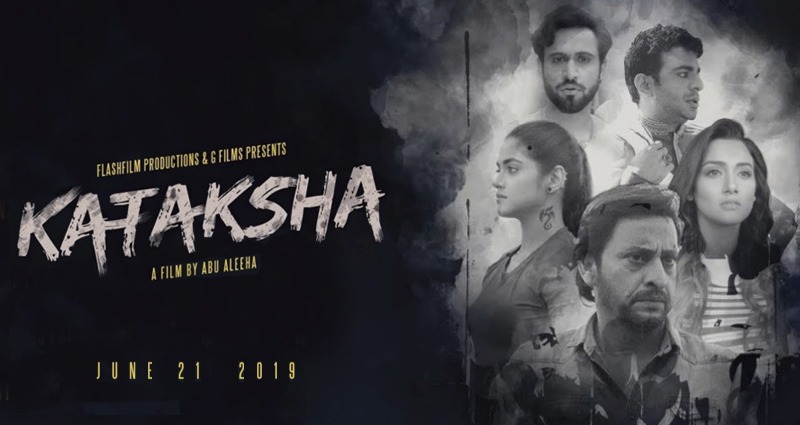 Pakistani psychological horror feature “Kataksha” will be shown at the London FrightFest Film Festival in August this year. The film, directed by Abu Aleeha, is a low budget horror feature that is centered on the

“I really enjoyed working with the cast, especially with Kasim and Mubeen. We work really well off each other. Mubeen is a very old friend and such a talented person so we have a natural rapport.”

Mr. Meraj is no stranger to horror, having worked in last year’s Pari. However, Pakistani audiences haven’t really gravitated to horror as they have to entertainers and patriotic films.

Jawwad Bashir’s “Maaya”, Khalid Hassan Khan’s “Hotal”, and Syed Atif Ali’s “Pari” all failed to make a significant mark on the Pakistani audience. The only modest success was Azfar Jafri’s “Siyaah”. Pakistan’s own Zinda Laash from 1967 only managed to gain a cult following decades after it was released.

“I truly hope Pakistani audiences gain an appreciation for psychological horror through films like Kataksha.”

Horror is a niche genre all over the world. Even classic films like the “Exorcist” and modern horror greats such as “The Conjuring” and “Hereditary” aren’t the biggest money makers at the box office.

However, as films like “Us” and “Get Out” as well as classics like “Psycho” and “Birds” have shown us, horror can often be a mirror that shows us what’s lurking inside. Hopefully Kataksha can do just that.