Yasir Nawaz’s latest offering “Wrong No. 2” is ruling the box office ever since its release. The film has now become the highest grossing Pakistani film of the year so far and is particularly more important for its team as it’s the highest grossing film in the career of almost everyone associated with it. From the director, to the production house and then the lead actors, “Wrong No. 2” is the biggest success all of these have tasted so far in the cinema business.

The film was more crucial for its male lead, Sami Khan as it was his first commercial film after his come back to the cinema, the medium from where he started his acting career. Although Khan’s first film after the comeback was “Gumm”, released in January this year but as he himself clarified in an earlier interview with Pakistani Cinema, that film was never meant for a commercial release and was made for festivals only. Hence “Wrong No. 2” was the decisive test for the future of this comeback to the film industry and now with the film already proven a roaring success, we got ahold of Sami Khan to know how the star feels like right now, 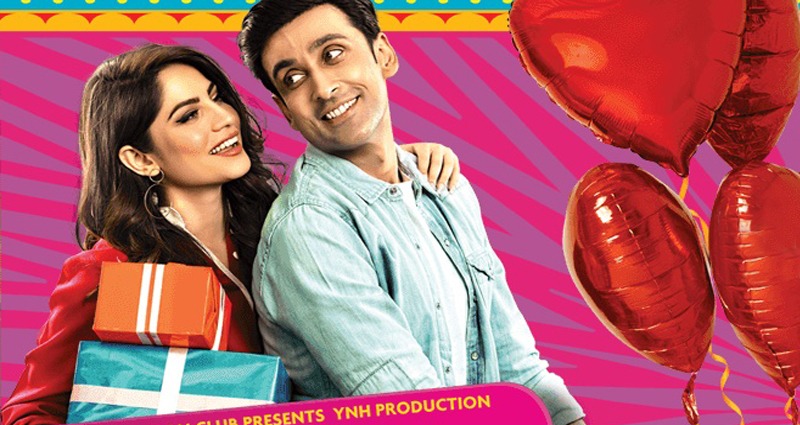 Yasir Nawaz’s directed “Wrong No. 2” is a joint venture of YNH Films and Distributions Club, the later also served as distributer for film. In the absence of Indian content, “Wrong No. 2” was the

“For a film, box office speaks a lot for itself. And as it’s my first commercial release after my come back and Alhamdulillah it’s doing wonders at box office, so yes, I’m feeling blessed”, said Sami while speaking to Pakistani Cinema, “and grateful at the same time because i am lucky that i got this opportunity to be a part of a strong team that has given hit films like “Wrong No.” and “Mehrunisa V Lub U” in past. A successful film is always the result of a good team and “Wrong No. 2” is the perfect example. To bring an ensemble cast is a great accomplishment of the producers, Sheikh Amjad Rasheed (Distribution Club) and Hassan Zia, and then for bringing the magic on screen the credit goes to the captain of the ship, Yasir Nawaz. It was like we all played like a good cricket team, played our parts well and finally won the match at box office, Alhamdulillah.”

We then asked him about the feedback he has been receiving on this successful comeback into films, from his fans and his industry peers, to which the actor replied, “Everyone is loving it and I respect everyone’s opinion. Sometimes you receive mixed views as u can’t please everyone including your fans and industry’s seniors. So it’s better to sit and listen to all, gather what’s best for u, keep faith in Allah and move ahead.”

“Wrong No. 2” is running successfully in cinemas all over.